Mental health – the price of speaking up 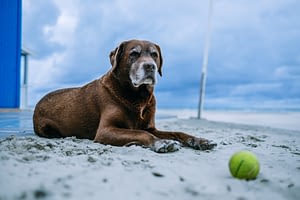 The shabby, shameful treatment of tennis player Naomi Osaka in recent days will be resonating with many millions of people around the world.  For those of us with personal experience of trying to live – and work – with depression and anxiety, many of the responses to Osaka’s speaking out about her mental health feel familiar.

Her case, and her decision to withdraw from the French Open tournament, shines a bright light on the limits of understanding and genuine acceptance of mental ill-health in our societies.  This is despite decades of advocacy for change: clearly, there is still a long way to go.  The list of issues thrown up by her story is long, but I will focus on the ones that resonate with me.

A volley of negative judgements

Osaka was fined and threatened with expulsion from the French Open for not complying with her obligation to take part in a post-match press conference.  She also said she would not attend any over the course of the tournament as she needed to take care of her mental health.  This step was treated as being “injurious” to the game and in fact, the Twitter account of the tournament organisers (Roland Garros) posted a vilifying tweet (since deleted) of photos of previous winners under the heading “They understood the assignment”.

As people who have these struggles in their history know, this – or words like it – is a seriously wounding thing to say to a person likely already weighed down with feelings they are letting others down and are a burden on others.  This is a simply shameful way to treat someone who has had the courage to speak out, to say ‘I am not well enough to do this’,  and try to take care of themselves.

The difference between supporting and trying to fix

Then there are the back-handed messages of support.  There have been some truly wonderful outpourings of solidarity for Ms Osaka, some of which have really moved me.

However, others have that air of ‘well this is how I personally would have dealt with it but I know everyone is different and I wish her well’.  Well-meaning though such comments may be, I remember receiving comments like this as judgmental and, confirmatory bias being what it is, further evidence of how worthless I was.  The intent may be to say ‘I also dislike this thing and understand your struggle,’ but such comments can fail to recognise the difference between doing something you don’t like and doing something that has a substantial impact on your wellbeing.  So instead, we may hear ‘I don’t like this either but I got over it – why can’t you?’

Oh, and the double standards!  This sense that some injuries or ill-health are deserving and acceptable while others are not is a daily challenge for people with anxiety and depression.  Ms Osaka has been called “Princess Naomi” and called out for her “precious” behaviour.  She has been derided for posing a threat to the institutions of the game; it has been suggested that giving in to her request not to do post-match interviews in order to take care of herself are detrimental to the game.  Who would dare to say such things if a tennis player was physically unwell?

Just a bit ‘Princess and the pea’?

There are echoes here for the many people who ask for concessions to help them manage in their world, say at work, school, or university, and are met with concerns that ‘we don’t want to set a precedent.  The fear seems to be that making changes for those who need them on health grounds would be seen as unfair preferential treatment rather than what it is, levelling the playing field.

An important part of the misunderstanding is that people can perform very well in some aspects of their life – like being great in their job or an awesome tennis player – but really struggle with other aspects of their life that others see as normal activities – like handling a commute to the job, or professional networking, or in Ms Osaka’s case handling a press conference.  This leaves other people openly suspicious and dismissive – ‘surely they can’t really be struggling if they can do all of that; they are just a bit ‘Princess and the pea’.

Punished for speaking up

Vickie Skorji, who manages TELL, a non-profit counselling service in Japan, put it succinctly: “Who has asked her how she is doing?  She put out a statement and said, ‘I need to take care of myself’ and she’s been punished”.

Skorji was referring to the £10,570 fine imposed and the threats made if Ms Osaka did not comply, even though compliance risked her health.  Let us also not forget, by withdrawing from the tournament, Ms Osaka felt compelled to turn her back on major prize-winning opportunities.  She was the second seed for the tournament and a four-time Grand Slam winner who had a good shot at the £1.2 m first prize.  This will not be a decision she took lightly.

Whilst the sums involved are enormous, people who have challenges with depression and anxiety recognise the risk of paying a heavy price, in so many ways, for putting their head above the parapet, including lost job and promotion opportunities, and missing out on educational opportunities.  As Ms Skorji also said of Ms Osaka – “I think she is courageous and needs support.”

I feel very grateful that my struggles are in the past but I read these things and can’t help reflecting on my own experiences and those of my clients: As one columnist wrote, “every single person with a depressive or other mental illness is watching this cruelty [Naomi Osaka’s treatment] unfold in horror”. 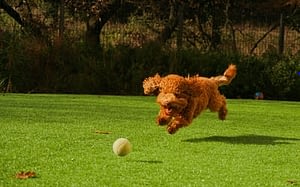 As with many things, major societal changes can happen through collective efforts, made up of the small steps of many individuals, including:

If you would like to discuss any of the above or you are struggling and need to reach out then please get in touch.