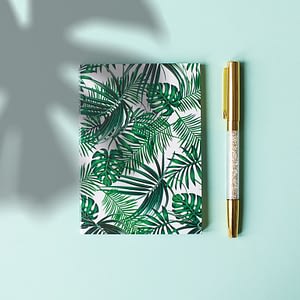 New Year is the time of year when many people are primed to take stock. Some do it from a progressionist stance – ‘what progress have I made in the last year towards my goals?’ ‘What has been good, positive, different?’  For others, the New Year is a time of being gripped by remorse, regrets, longing. Many others, though, flip-flop between these states!

But it’s not just New Year. I am struck by many clients at the moment who are spending so much time reliving the past that they are completely missing out on living in the present. Also, there is a particular pattern I am seeing: people spending a significant part of each day reliving the very recent past – going over all that day’s social media contacts, every text or Whatsapp message they have sent that day, for example. They over-analyse everything they have said and done from every angle. This over-analysis leads to paralysis as they watch their lives with regret instead of living them.

The purpose of regret

Which leads me to ask – what is the purpose of regret? Is it ever helpful?

There is a difference between having pangs of regret and being steeped in regret. For example, I might have a pang of regret that yet another year has gone by and I haven’t done something specific, or did something again that isn’t positive for me. If that pang leads me to reflect on how I might have done things differently, to learn from that and nail the actions that will stop me being stuck in a repeating cycle, then ‘regret’ seems a useful thing. However, if it leads me into a downward spiral of negative self-talk and self-reflections that keep me stuck, then it’s not so useful.

How do we spot the difference between these two states and learn to move beyond unhelpful regret?

For example, New Year is a time when a lot of people take up journaling. I have an addiction to beautiful notebooks and someone who knows me (too) well once said “A five year diary – that’s what you need! It will help you keep track of your progress, by journaling for a particular date, say 4 January, on the same page for five years.”

Now. I get that this can work as a motivational tool for many people. However, if  a person has patterns of procrastination, perfectionism, and a bias towards regret, rather than a progressionist mentality, this kind of journaling can be a lure onto the rocks of regret! You look at each page with sighs of, “if only…”; “I should have…”, “if I could only just…” “Why didn’t I just…?”

This kind of language is a sure sign of being stuck focussing on the feelings of regret rather than asking ‘how can this feeling be a springboard to change, to a life I love?’.

It can be a shock to realise how much energy we use being stuck in regret but there are some simple practical steps we can take to help retrain ourselves:

By doing these simple first steps, we kickstart a change in the way we speak to ourselves which is an  important first step in making peace with the past, whether it is the long ago past or only yesterday.