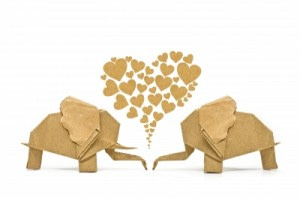 Recently, I sent my husband an interesting link to some research stating that couples that share household chores have more sex. It was sent with some amusement to support an ongoing complaint that I would like him to do more around the house. He replied with the line “you should do more around the house then”. Touché! To us as a couple we can laugh and have fun with this kind of banter. It also underlies a conflict we are currently addressing and working on. For other couples, this exchange could be tantamount to disaster that could result in high emotions of anger or frustration. Married for 14 years, with three children, we have had some incredible highs, and come through some hardships along the way, and we continue to work on our relationship, having developed our own ways of communicating openly and resolving issues. We are, and will forever be a happy work in progress.

As a therapist, couples come to me for advice and help with their relationship. As a lightning Process practitioner, relationships often come up during the seminar as sticking points, whether that is a romantic relationship, an ability to repeatedly pick the ‘wrong’ partner, or family relationships between parent and child, child and parent, or siblings. When teaching the Lightning Process we talk about what we have the power to influence, and in short, we can only really influence ourselves, not others. In a relationship, there is a complex way we do influence each other, though, often confounded when we share the same living space.

In today’s blog, we’re taking a glimpse at romantic relationships. With the current rates of divorce and separation, this is certainly a common issue clients share.

One of the first things I may ask a couple to do when they come to see me is to tell me about the time they met. Often the change in energy is powerful, as in those moments they re-connect again and talk freely and openly with lightness; often there are strong glimpses of joy and passion. Then, very quickly, the ‘dark cloud’ of issues descends, and the disconnection, and often, anger, mixed with a nice dollop of resentment, returns.

What is going on here? How can two people who were (and potentially are) still in love with each other, have now become so distant and resentful? The other given is that each will describe the same event from completely different perspectives. The ‘forgetting to put the rubbish out’ comes to mean ‘they do not respect, love or care for me’ when they actually just forgot to put the rubbish out (as their mind was thinking about planning a surprise for their partner). Their ‘nagging me to put the rubbish out, or shouting and criticizing me for forgetting’ comes to mean ‘I am not good enough, they don’t respect how busy I am, they don’t love me’. Another common misconception is one partner working hard, driven to provide for the family out of deep love and commitment while the other feels work is their partner’s priority and feels perhaps abandoned, and unloved. It’s human nature, it seems, to attribute actions to have deeper or different meanings than they may truly have. 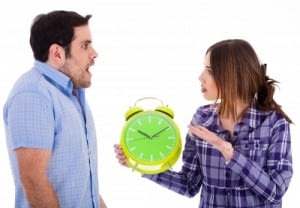 In NLP one of the presuppositions is “we cannot fail to communicate” so even when a couple is not communicating in words, they are reading each others ‘signals’, often incorrectly, reading into actions and attributing behaviours to have ‘meanings’.

It’s not possible to cover in depth all of the possible causes and outcomes of relationship issues in a blog, but needless to say, if you do find yourself in an unfulfilling relationship, you may be surprised at how simple it could be to get back on track with the right approach.

Many clients suffer for years in an unhappy relationship yet choose not to address it, or by the time they reach out for help things have often reached a breaking point. The fact they are in my office tells me there is genuine hope. Some genuinely just don’t know where to turn. We are not blessed to live in a culture where asking for help with such private matters is ok. I often wonder if we reacted the same way to a tooth ache, and just left it there, and lived with it, day after day, year after year, would it get better by ignoring it? Or would we likely to go to a dentist and let an expert take a look. It’s not likely we would ask a friend to pull it out either, however much we value our friend’s opinions.

Each couple’s situation is unique, but there are some common patterns you recognize when you work in this area over time. There is also a cascade of research into this area. Interestingly, back in 1978, Freedman discovered in a huge study of 100,000 Americans, it was not wealth, power, youth or health that were closely identified with happiness, but love in marriage. Many of us are aware, that when you are in a satisfying working romantic relationship, there is nothing more wonderful to experience. Even more recently, in 2000, Myers found that relationships are one of the strongest determinants of happiness. Researchers have also found distinct differences between romantic love and sexual desire (Diamond, 2003, Djikic & Oatley 2004, Hatfield and Rapson 2002). Romantic love is a long term idea that humans engage in that is different to other mammals. In a speed dating experiment by Eastwick and his colleagues, in 2007, they found that while primates show sexual responses to many others, humans can feel a romantic passion that locks onto one person and sets the stage for a more enduring relationship.

In 1983, Gottman and Levenson embarked on a longitudinal study with 79 couples. They have described what they refer to as the ‘four horsemen of the apocalypse’, which may sound a tad dramatic. What they found 14 years later, published in their paper in 2000, was that 93% of the couples that had engaged in these toxic emotional behaviours were now divorced! So what where these four nails in the coffin for relationship death?

So how about patterns that help romantic partners stay committed and close?

Shelley Gable in 2004 introduced the concept of ‘capitalizing on the good’, where couples share joys, and respond to each others good news with engaged enthusiasm, they are more likely to feel committed to one another many months later.

Instead of criticizing, (which recently when I attended a relationship event with Tony Robbins, one of the world leaders in NLP training, Tony described criticism as ‘death to a man’), it is wiser to express appreciation and encouragement for good things that happen in your partners life, Intimate relationships also fair well when partners cultivate humor, amusement and play.

Couples go through many stages, some harder than others, the drudgery of sibling squabbles, sick children, and coping with children’s adolescence often the least satisfying stage of intimate relationships (Myers, 2000). Romantic partners often face their own individual problems too, difficulties at work, health problems, financial difficulties and in 15-20% of marriages, infidelity. Amusement, mirth and play are emotional antidotes to these trends in intimate relationships. More happily married couples often possess playful nicknames for each other and more readily playfully tease one another during conflict instead of directly criticizing (Keltner et al., 1998). Humour and laughter can de-escalate intense conflicts to more peaceful exchanges (Gottman, 1993, Aron et al 2000).

So stay playful! Obviously humour from one side at an inappropriate moment could have the opposite effect, being mindful it’s a two-way process.

What else goes into the recipe for a good romantic relationship?

So it may be time to trade some criticism and contempt for compassion and forgiveness, and take yourself back to the time when you first met your partner, what was it about them that you fell in love with? Relationships are complex creatures, and couples may need help navigating these waters at times, and many are surprised by just how easy it can be to get things back on track.

I should point out at this point that my husband already does a great deal to help around the house and is an incredibly supportive partner, and I need to complement him more, (for today at least), on the countless things he does so well.

Wishing you all a compassionate and playful day!

The team at head office are here to help if you would like to book an appointment please contact us info@philparker.org 020 7374 0233

If you found this article distressing, and you need help immediatly, then please contact the Samaritans tel: 116123 http://www.samaritans.org

Images courtesy of Nirutfdp,photostock, idea go and lekkyjustdoit at FreeDigitalPhotos.net