My Struggle with CFS by Polina 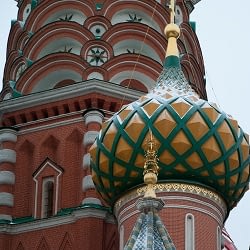 How it all began

I spent few years abroad, first in London, then in Mexico and Macedonia returning home to Russia two years ago.  Frequent flights and stress took their toll, after returning from Ibiza in September 2015, I caught a cold and fell ill for two weeks.  By the end of the month I recovered from the cold, but in October I began to notice that something strange was happening – even in the morning I woke up tired, and my eyes ached.

At first, as any resident of the metropolis, I did not attach any importance to this and continued to try to live normally.  But day, after day, fatigue was becoming stronger and other symptoms also occurred: eye pain intensified and cognitive dysfunction appeared.

Nobody reacted to my complaints, friends and colleagues advised me to take vitamins. But time passed and nothing helped.  I decided to go to the doctor after my close friend convinced me.

Trying to Get a Diagnosis

I felt that I had problems with immune system, so started with the immunologist.  I had a few tests for immune status, and based on their results the doctor of a private clinic diagnosed me – “secondary immunodeficiency.”  But the pills she prescribed did not have any effect.

In the New Year I went to my parents where I got worse.  All holiday I just lay there, I could not sleep or walk.  In desperation, I went to an appointment with a local neurologist.  The doctor said I was perfectly healthy.  And then advised me, as soon as possible to give birth.

Back in Moscow, I went to the Federal Institute for Immunology.  There, I was again sent for tests and was prescribed new drugs, but the symptoms still progressed.  Something always hurt: my head, my body, my eyes.  I began to experience insomnia, I either could not get to sleep, or woke up constantly.

Another immunologist suggested that I contracted parasites in Ibiza, and gave me common medical advice – to give birth. Then there was a neurologist, who advised me to move abroad. There was a paramedic who thought I had taken psychotropic substances in Ibiza.  There was a doctor of a private clinic, who prescribed antidepressants to improve my sleep pattern, those drugs, are prohibited as a narcotic abroad.  I decided not to go for them.  I also tried to go to the optometrist complaining of pain in my eyes. They advised various drops, which, however, turned out to be useless.

I saw so many doctors, I do not remember them all.  My ordeal lasted almost a year. During this time, I tried all kinds of medicines and collected the whole set of conditions that do not exist in the International Classification of Diseases: from vascular dystonia, to asthenia.

I lost my life with numerous travel, parties, surfing, lost many friends. In addition, it was very hard for me that I could not plan anything and everything is constantly missing.

Trying to be Active

In the beginning, I thought that perhaps the reason for my fatigue was bad physical shape. So, I start working on fitness twice a week.  I only lasted for a month. Then the doctor told me to do exercise in the morning. Once I tried and barely reached the subway, crying – it was so bad.  After that I gave up sports, until one of immunologists suggested I had problems with the vascular system.  Then I went to the swimming pool where the sessions were incredibly hard.  But I did not know what was happening to me, and was ready to try anything, just to get back to normal.

Despite this illness, I continued to go to work. I was incredibly lucky with my director and colleagues who were not only understanding, and reduced my workload, but also helped in the search for doctors.  Sometimes I thought of resignation, but to just lie at home – not an option for me.

Previously, I led a very active life, which I was not ready to give up.  Sometimes I went to recreational activities near home or work.  There was not much I could do at home either due to fatigue and eye pain so I could only lie there and talk on the phone.

The Reaction of Society

In our society we do not talk about illnesses.  If you have something wrong, there is a risk becoming an outcast.  But I decided to go the other way, and start to say that I need help.

I wanted to talk to my friends and request minimal assistance. Since my eyes hurt, I asked for help in finding doctors and information about possible diseases from the Internet.  Many agreed, but then, referring to work, disappeared from my life.  This happened quite often, and I still find it hard to live with.  But there were also heroes, who have supported me, looking for doctors around the world, and translating my medical tests.

Yet, oddly enough, one thing that helped was Tinder.  In the days when my eyes hurt not so much, this application was a major time killer.  During the year I talked with so many people – although I did not meet them.  I think that Tinder was invented to support sick girls: to spend time, and feel normal.

Being acquainted with other sufferers

Almost a year, I went through all the circles of hell the Russian state and private medicine, spent about half a million, but I got nothing.  So I decided myself to understand what’s going on with me.

At the beginning of the disease, I tried to find an answer to the question, what it is with me, on the Internet. The most common result of the search for my symptoms had a disease called “chronic fatigue syndrome”.  While in the west have long recognized a serious problem, in Russia, nobody believes in CFS.  Because of this, there are no doctors who could help. On the Internet, I found many forums of patients with this very illness.

Forums – depressing place, because the members are the people who were now able to find cure. Some commit suicide in the end. Honestly, I was occasionally thinking about it as well, but only as a way to calm myself  if the disease would progress and would become unbearable. The problem is that that patients with CFS have to live in complete uncertainty: no one knows how to treat you, and it is unclear how long your suffering will continue. This means that you cannot plan for the future, to start a relationship, change jobs.

My international life before CFS has left me a lot of contacts abroad.  Friends and acquaintances have helped me to contact the CFS patients from around the world.  Those often painted the horrors awaiting me in the future: “What, you do not have problems with digestion?  Wait, will start soon, “Do not know what brain fog?  Soon you learn.”  Some eventually developed intolerance to certain sounds and colours.  Others have a raised temperature, and they simply could not get out of bed.  Knowing it was hellish burden on the psyche.

On the search for an answer

I read almost everything that could be found on the Internet about chronic fatigue syndrome, and designed my treatment plan.

The forums periodically information appeared that helps on something called the Lightning Process.  Realizing that conventional medicine cannot help me, I decided to read about this program and the others available.

Independent reviews have been difficult to find, but they all talked about the amazing healing.  Of course, I was sceptical, when it seemed that my soul was sucked out by Dementors, I decided to trust non-traditional methods and enrolled in a Lightning Process training in London.  It was my plan A.

I was interviewed and got to the training Lightning Process.  Apart from me, in the group were people with various problems.

In the classroom we talked about the neuroplasticity of the brain and how to create new neural connections.  During  three days of training my condition did not change, while others did.

I returned to Moscow upset, but, gathering my remaining willpower, I continued to apply the technique Lightning Process.  Five days after my return, suddenly I felt first signs of relief and it gave me understanding that LP actually works. By the end of next week, I was able to regain 70% of my health.

The first days I just could not believe it, and was constantly crying. It was almost impossible to believe that that this nightmare was finally over.  However, I still sometimes cry with happiness.

On my return to life

Now I am healthy again and I rarely use the Lightning Process. I still have some problems (such as sleep), but I think they will soon disappear. I will fly to the Caribbean for a vacation with the money returned from my cancelled trip to another doctors in San Francisco.

Definitely illness changed my life.  It seems to me that I’ll never suffer again in my life.  It feels like I have matured internally by another 20 years: it is easier to relate to many things, I am more stress resistant. I became even more confident. Of course, I had less friends now, but all of them are my heroes.

I realized how many people suffer from this disease when I created a support group on Facebook.  Unfortunately, not all of them have sufficient knowledge of English, or are able to pull themselves out from the disease.  So I would very much like, in addition to my main profession and job to become a coach and teach Lightning Process for Russian-speaking and Spanish-speaking people in the future.

This article was translated and edited from the original article appearing in the Russian Press.  Click here to read the full, original story.