A Mother Shares Her Daughter’s Story 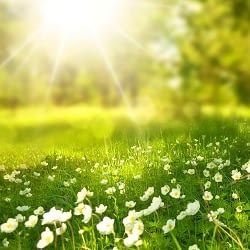 Four years ago my daughter went into the lower sixth following what we thought was a simple virus.

Within weeks she had lost the ability to concentrate or even take part in a normal school day. By half term she was sleeping more than she was awake and was struggling to even walk. The thought of A levels or even going to University seemed like an impossible dream.

As the weeks went by she became pale and grey and almost unrecognisable.  She had over 50 blood tests and no one could tell me what was wrong with her.  The more I googled the more fearful I became.

It came to the point where I gave up on expecting the NHS to find a solution, they said rest and one day she may improve.  That wasn’t something I was prepared to accept.  I gave myself a month to sort this and stopped work (I can hear many people think what a stupid thing to think I could do).  I found myself in a world of blogs and to cut a long story short – I found out about the Lightning Process.

For those of you who know anything about this, will know how much controversy there is about it, and certainly when ever I shared the results of the Process had on my daughter on social media four years ago, I was shouted down.  I haven’t said anything since.

So Why am I posting this today???

This morning on Radio 4, an interview was broadcast and the results of a small study of teenagers supervised by the NHS were shared.  Those that has been through the Process were functioning far better compared to those that had just had a more conventional approach.

It’s too soon for this Process to become widely available for all on the NHS, but it is something you can go to privately.

So if anything that I have said resonates with you, you have a child and think that their life as they knew it has gone.  All I want to say is: My daughter did the Process, over three days.  On day 1 she couldn’t even walk to the centre, she was thin, frail and looked like a ghost.  By the end of two hours she tried the Process for the first time.

The only advice I gave her was if she was told something – don’t question it just do it.  And she did.  I saw her grey face become pink, I saw her long face turn into a smile.  And I even saw her eat a chocolate biscuit.  We even went for a coffee at the end of the day.  Something we hadn’t been able to do for months and months.

We carried on for three days and on the final day we went on a mummy daughter shopping day without having to take a taxi home because she couldn’t stand up.  She went back to school on the following Monday and sat her mock exams – without having actually been in school.

Let me roll the clock on.  She passed her A levels – top grades- she got her place at university.  She went on to run the London Marathon and climb Kilimanjaro.  Last month the bank of mummy resigned and she started an amazing job.

None of this would have happened had she not the Lightning Process and had I just listened to the Doctors.

I appreciate that this is not for everyone.  But if you are in a similar situation to me four years ago with a child who has this condition, then all I would like to encourage you to do is be open minded.  We found a way through this and came out the other side.  Without the Lightning Process, my daughters life would have turned out to be very different.