The story of Quesalid and Shamanism 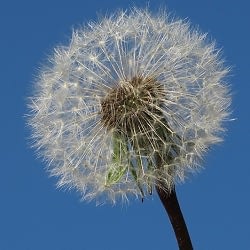 My inner bookworm has been consuming ‘Dr You’ by Jeremy Howick which is all about the science behind self-healing.  I bought the book at a conference after hearing Jeremy speak at a conference and I love how he has analysed research papers, translated them into plain English and put his findings into a book.

Many of his findings demonstrate the incredible ability we have to heal.  I thought I’d share this short story which illustrates the power of belief beautifully…

The story of Quesalid and Shamanism

Shamanism is an ancient healing tradition and a way of life that is deeply connected with nature.

A boy called Maxugalis lived in Canada a hundred years ago.  He though shamanism was a sham and wanted to expose their tricks to his community.  He didn’t know how the tricks worked so he asked to become an apprentice.

One day the shamen treated someone for wild hysteria, holding them down and appearing to suck out a demon from their kidney and into his mouth which he then spat out.

Maxugalis had been watching carefully and he’d seen the Shaman hiding eagle feathers in his mouth.  The shaman then sucked his own gum hard to get them covered in blood before spitting them out.  This was the trick but despite this, the patient appeared to get better.

Maxaugalis could expose the shaman but he wanted to complete his apprenticeship first which required him to treat patients.  He was summoned by the chief of a local village to attend to his ill grandson.

On his arrival, the chief told Maxaugalis he had dreamt he was their saviour.  Maxaugalis did the eagle feather trick and was shocked when the boy recovered.  The chief was so happy, he anointed Maxaugalis with a new powerful shamanic name, ‘Quesalid’.

Quesalid didn’t believe he was doing real medicine, but he saw how the rituals he used, helped his patients.  The patients got better because they believed in the power of Quesalid.

Our beliefs are incredibly powerful and can excel us to great heights or keep us well and truly stuck.  If you find you have limiting beliefs that are nagging at you and keeping you stuck, contact us to find out how we can help you.

“All personal breakthroughs begin with a change in beliefs.”  Tony Robbins